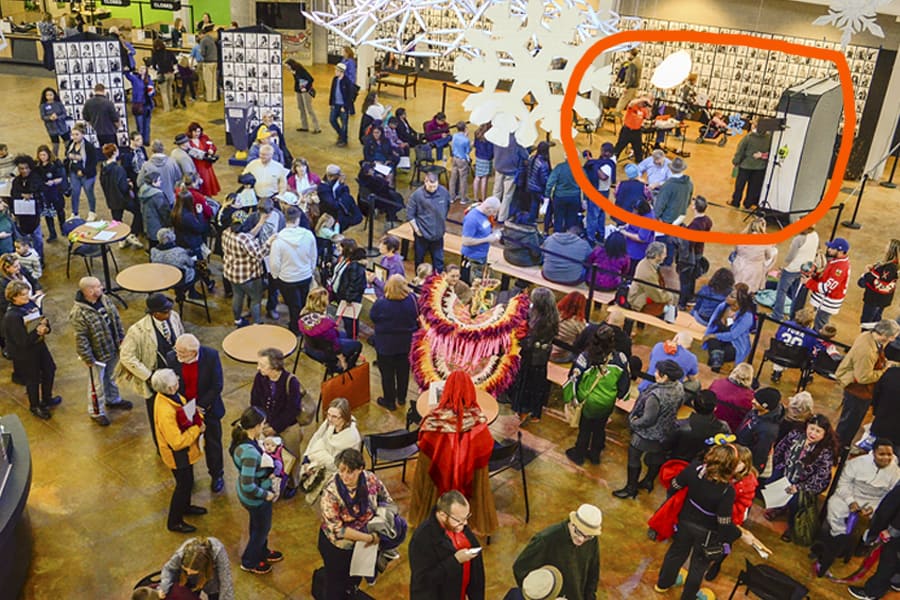 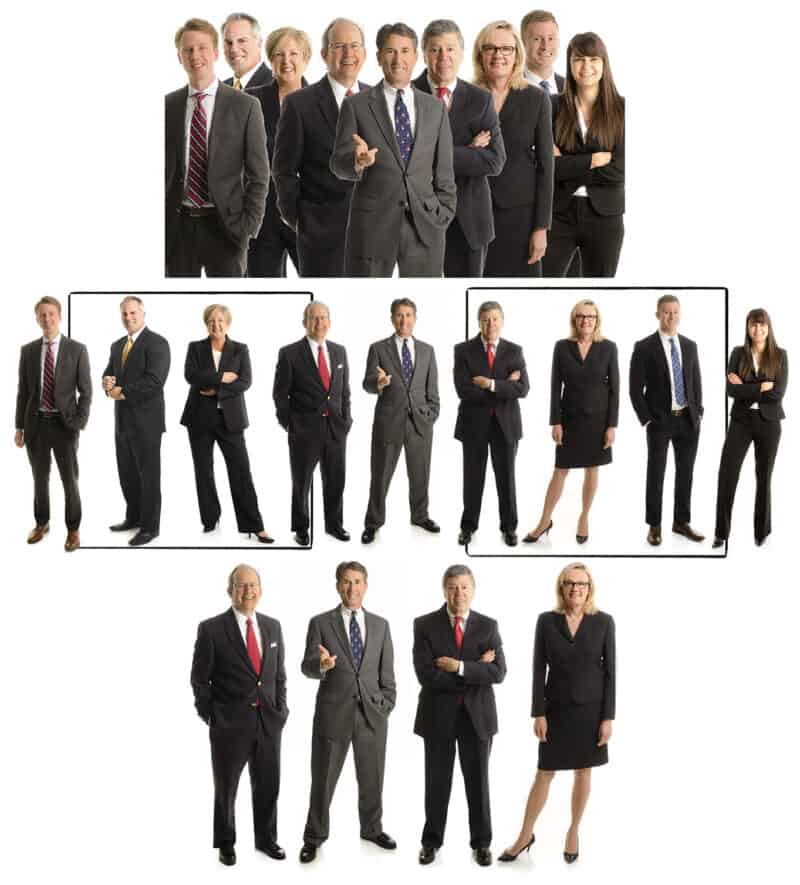 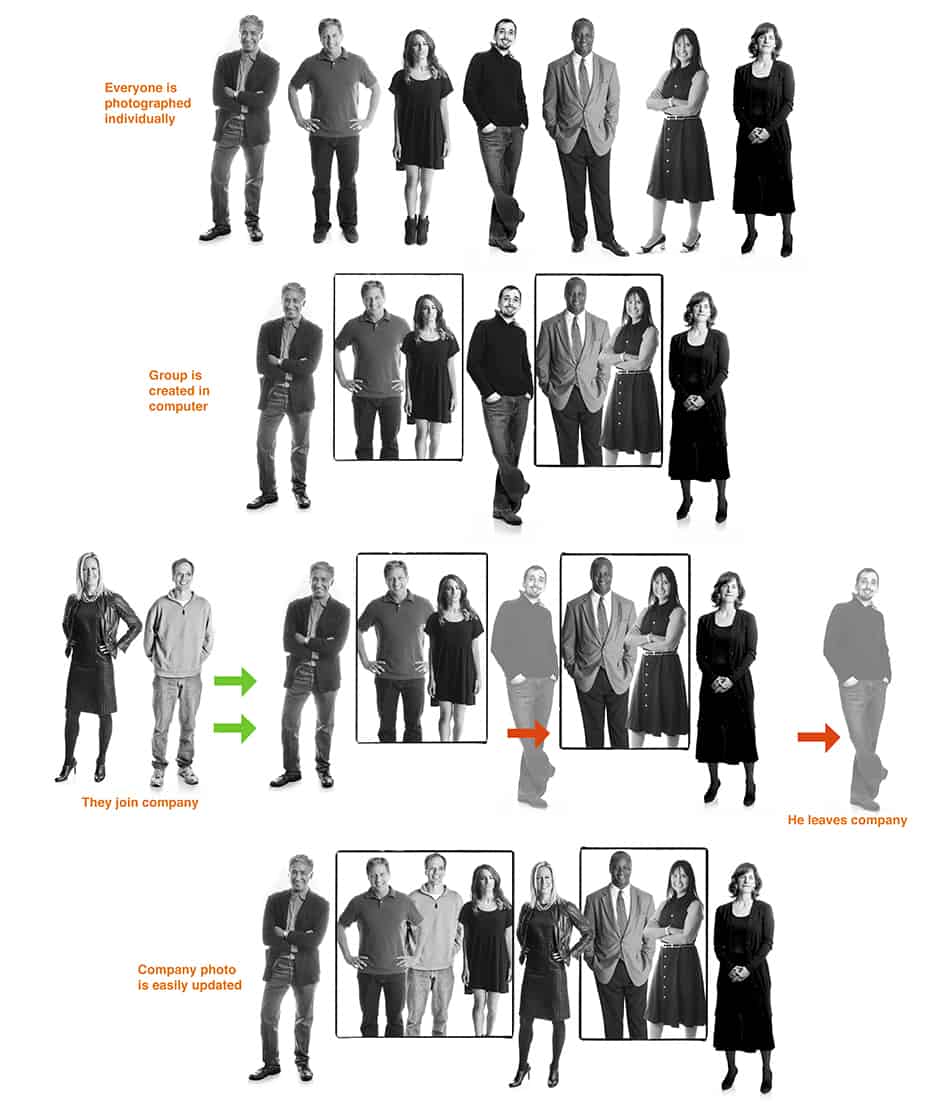 A conversation with Kimberly Young about a grant that the Nelson-Atkins Museum of Art, in Kansas City, received led me to proposing a concept to them.

Photographer Rankin, in London, had just done “1000 Britons” where he took everyday Londoners and made them into fashion models. I wanted to do lots and lots of people like that, but I wanted to capture them just the way they were.

When I suggested this to the museum they wholeheartedly got behind the idea. And so “500 Portraits in 5 Days” was born.

I contacted an old friend, Wilbur Montgomery,  a photographer himself in Indianapolis, and enlisted him to be my technical director. My idea was to take someone’s portrait and almost immediately give them a print. Photo printers were too slow, but Wilbur reminded me of our experiences with office machines, and we realized we could use a color copier for the 8 1/2 x 11 prints. A print in 15 seconds, instead of the 3 minutes an ink jet printer would take.

Signing up at the Nelson

I also wanted to display a copy of each print, so I had the museum construct a display wall made of 4×8 sheets of foam-core. It would take 6-4×8 panels, using both sides, to hold the anticipated 500 prints.

Building the wall at the Nelson

We started on a Wednesday, then on Thursday Kansas City experienced a city-shut down blizzard for two day. I had no idea if people would turn out Saturday and Sunday, but the event had acquired quite a buzz, and by the end of Sunday I had photographed 816 people!

Photographing at the Nelson

All this had been created in my mind, so I didn’t know if any of it would work. Turns out I discovered that I had an ability to very quickly size up a subject and direct them to an interesting pose. In fact, 80% of the photos I created IN ONE SHOT! The people loved them. And even more…they loved the wall. Seeing themselves, their friends on the wall proved to be the most popular aspect of the whole event.

How did it change  my life?

I created a book about the event, and when I started sending it around I received inquiries from other museums to do similar events with them. I will write about this in coming posts, including the one where I photographed 1246 people over 3 days!

A book, and the start of a new chapter