Learning from a different kind of photographer 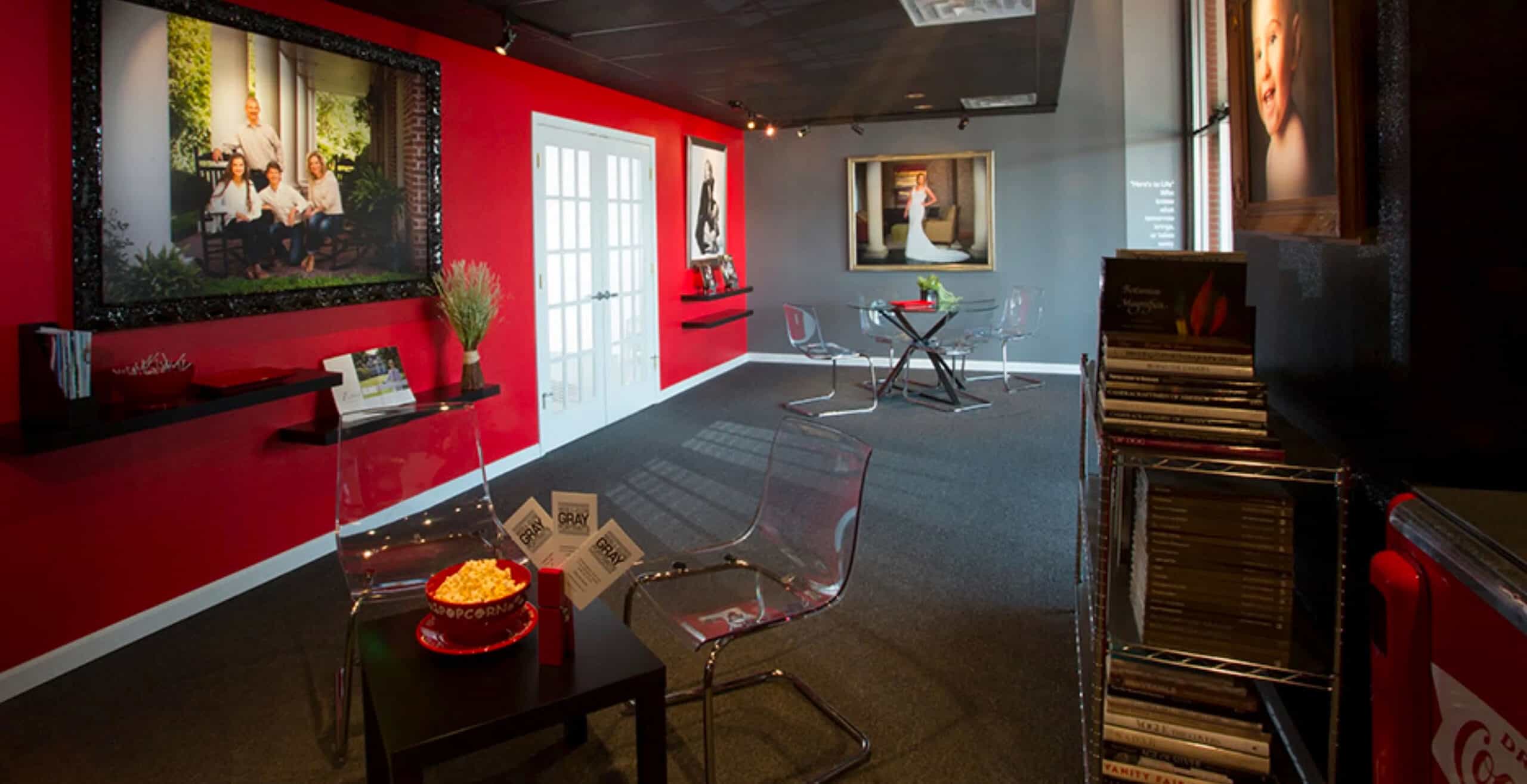 This week I visited (virtually) the studio of my friend Wess Gray. He’s had a portrait photo business in Enid, Oklahoma for 40 some years.  wessgray.com/   Wess and I have been talking on and off for about 5 years now. He’s visited my studio once, but I have never seen his. In a conversation earlier this week I said to him, “Wess, someday you’ll have to show me how you have survived, no thrived, doing portraits in Enid, Oklahoma.”

He called me and said to go to his web site. (The image above.) As you can see his home page is a full screen shot of his lobby/reception area where he has several big portrait photos mounted on the walls. (I was corrected. He said they never say “big.” A print when it’s the right size is “adequate.”) So the first thing you see are several examples of his work. Wess said they start the selling process with their goal of having everyone buy one of the large prints.

As he took me through the studio he outlined the steps they take a potential client through. Without going through all his steps, I will say that I came away totally impressed by how Wess, and his wife Jolene, have built the process to allay any fears a potential client could have. Plus, he gives them all the information regarding his shoot and selling process, so everyone knows ahead of time what to expect.

One other thing that impressed me is the hallway from the lobby to the studio. It’s lined with what must be 200 photos, all at least 11×14 and framed. Someone couldn’t help but be impressed with their work after seeing so many examples.

What I came away with, in addition to my admiration for Wess and Jolene, is how to be REALLY GOOD you have to be organized, and watch every detail. My business could never be like Wess’s because we’re both different people in how we approach our business. After spending 20 years running my own business (with Deborah) when I started this time I wanted it to be much more free-form, doing some portraits, some “art” photos, some whatever came up. I’m happy having done that, but I DID come away from my tour of Wess’s operation resolved to be a little bit tighter on the details and the organization of what I work on. That started the day of the tour! More about that in another post.